After graduating, I spend the last two years working at a Digital Agency in Frankfurt, called Herren der Schöpfung. Due to my previous experience with Unity, the focus of my work was the development of digital exhibits using Unity. I was fortunate to have worked along other talented Unity developers, which gave me the opportunity to further improve my skills (such as structure, collaboration and performance optimisation).

To promote their new Ghost Busters inspired AR product lineup, LEGO participated a roadtour across all of Germany. Prominent part of it: The LEGO Geistomat. Designed by Herren der Schöpfung and programmed by myself, this selfie booth gives kids the possibility to scan their previously handed LEGO brick for hidden ghosts. Once a ghost has been detected, it is extracted into the machine. To finally get rid of it, kids take a pose in front of the machine and - printed out on photo paper - the now captured ghost appears next to them. The application behind this is controlled by Unity. It features an OpenCV brick color detection, a fully animated 3D model of the professor (with lip sync), LED and motor movements on the hardware side as well as a professional photo printer. Thanks to the depth perceiving camera, it is possible for the ghost to appear in front as well as halfway behind the user.

The SWM Bus Simulator is by far the most complex project I've worked on so far. With a development time of about 12 months (the entire year 2020), the simulator not only featured a live traffic simulation of Munich, realistic graphics in VR and a professional physical cockpit with parts by Mercedes Benz. It also provided the tools for professionaly training new drivers as part of the bus drivers education. For example: All mistakes made while driving are detected and recorded. They can then be reevaluated as part of a replay and watched from multiple perspectives. A second screen for the instructor makes it easy to monitor and communicate the situation. Due to the complexity, this project was a collaborative work between another Unity Developer and myself. To sync our progress, we used a Gitlab repo and managed our tasks via the sprint pattern (in Asana). Photos and videos are currently only provided on request. Please refer to my mail-adress provided here. 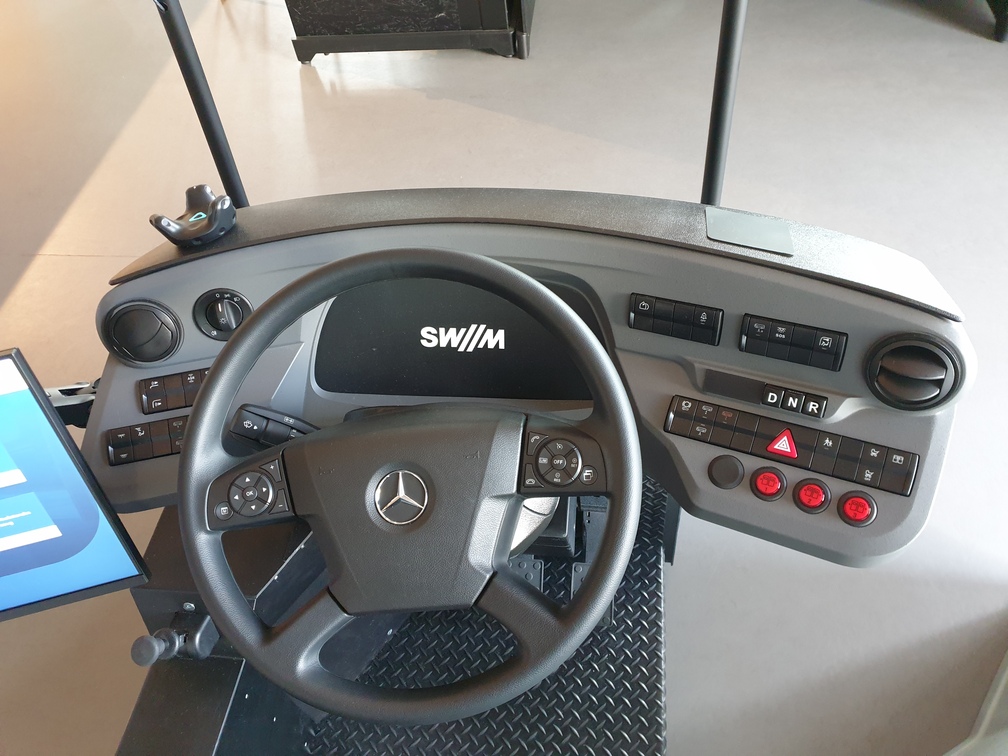 For people living in the city, having a car (especially a large car) comes with its downsides. The small Hyundai i10 however, not only makes it easy to find a parking space: With a large trunk as well as it's smart sensors and assistants, it provides many of the benefits of middle class cars' premium lines, while still being in the 10.000+ € price range. To visualize these benefits, we created a touch table set up with four mini games that visitors of the IAA trade fair (2019) could play. Development was done by myself using Unity and was a combination of pre-rendered videos and playable content such as a maze and breaking test.

To the people who couldn't be convinced to buy a Hyundai: What about this Maserati Levante Trofeo Premium SUV? A 580 PS V8 motor, AWD and a top speed of 302 km/h certainly adds some extra spark to picking up your kids from school. And speaking of adding sparks: To the double page advertisement in the Handelsblatt we added an AR layer using web technologies. No app installation and no black and white tracker squares required.