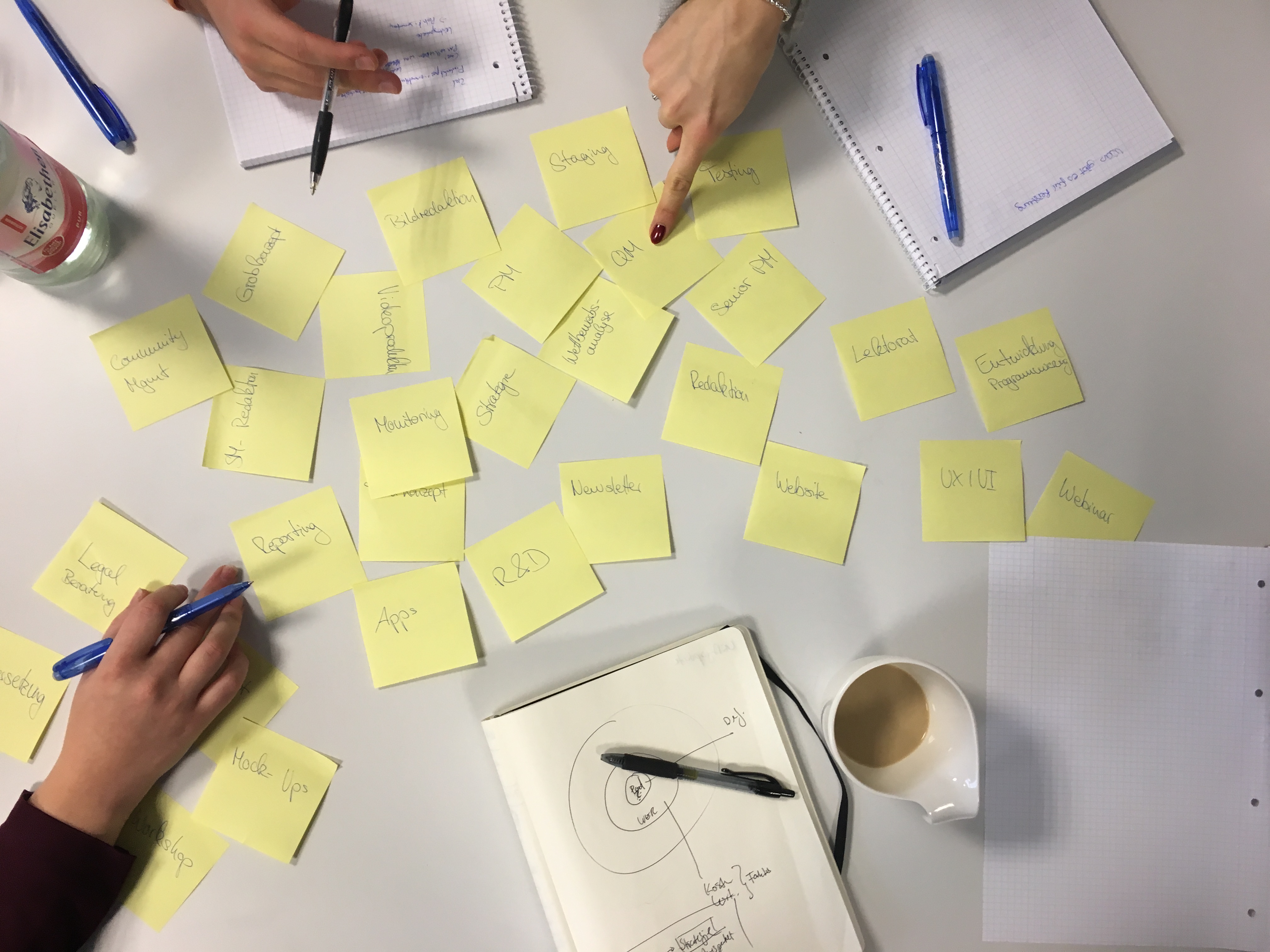 For me design means: Understanding a situation and providing something that makes sense. Over the course of my studies and my work at Monocular I came up with concepts for students, sales representatives, elderly people, parents, babies and animals. Especially with the last two, my team and I put a lot effort into researching and expert interviews to build up a perspective. From there we started to collect ideas and evaluate them.

Building a perfect product by getting the concept right on the first try... It's very unlikely. In order to get there anyway, you're required to test and iterate over your initial concept. This process is called Design Thinking. During this process, you try to get to a running prototype as fast as possible and then learn from how the user reacts to it. Taking his feedback into account, you create a second prototype and try that out as well. And these steps are then repeated until a finished concept is created. 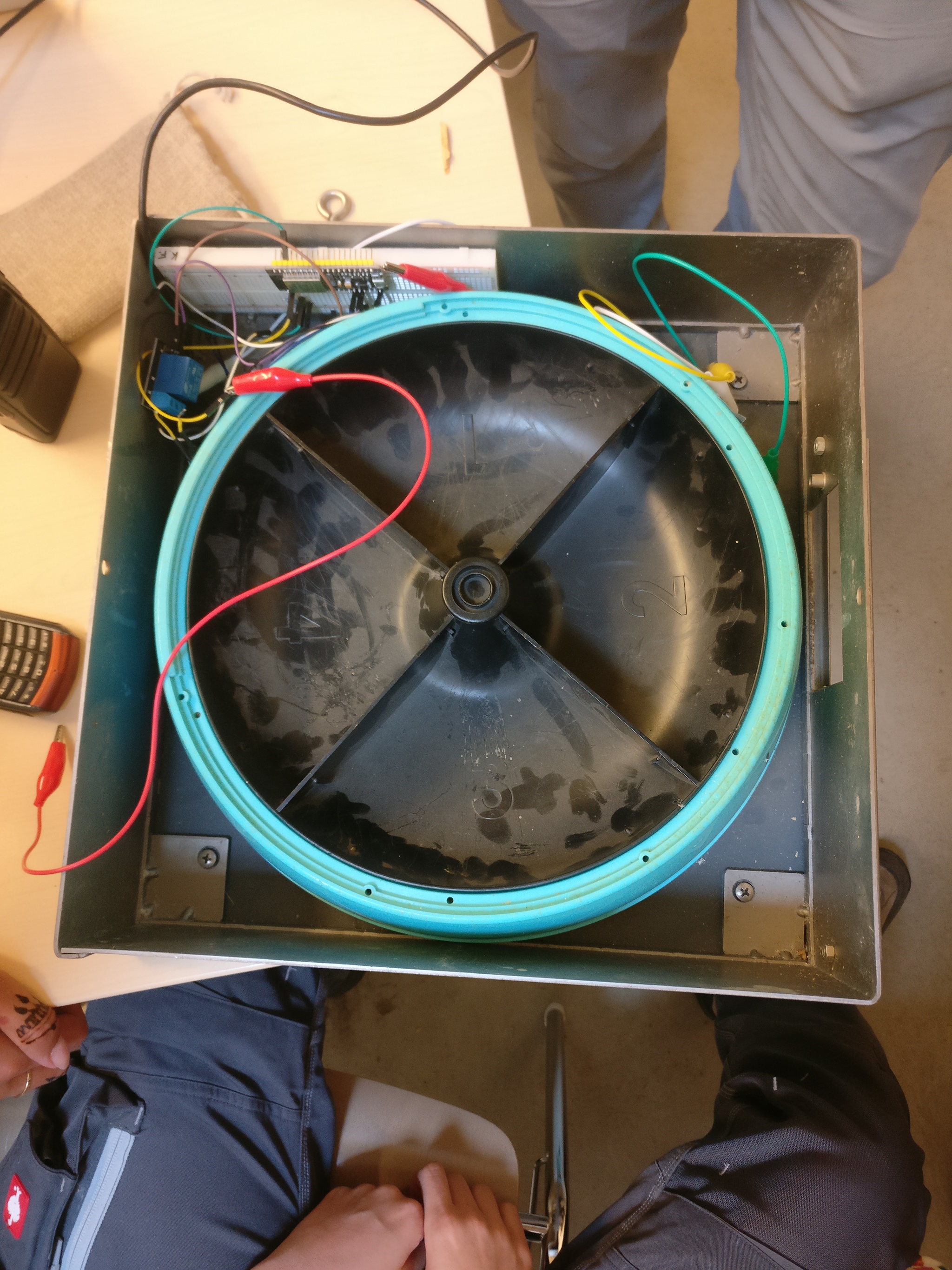 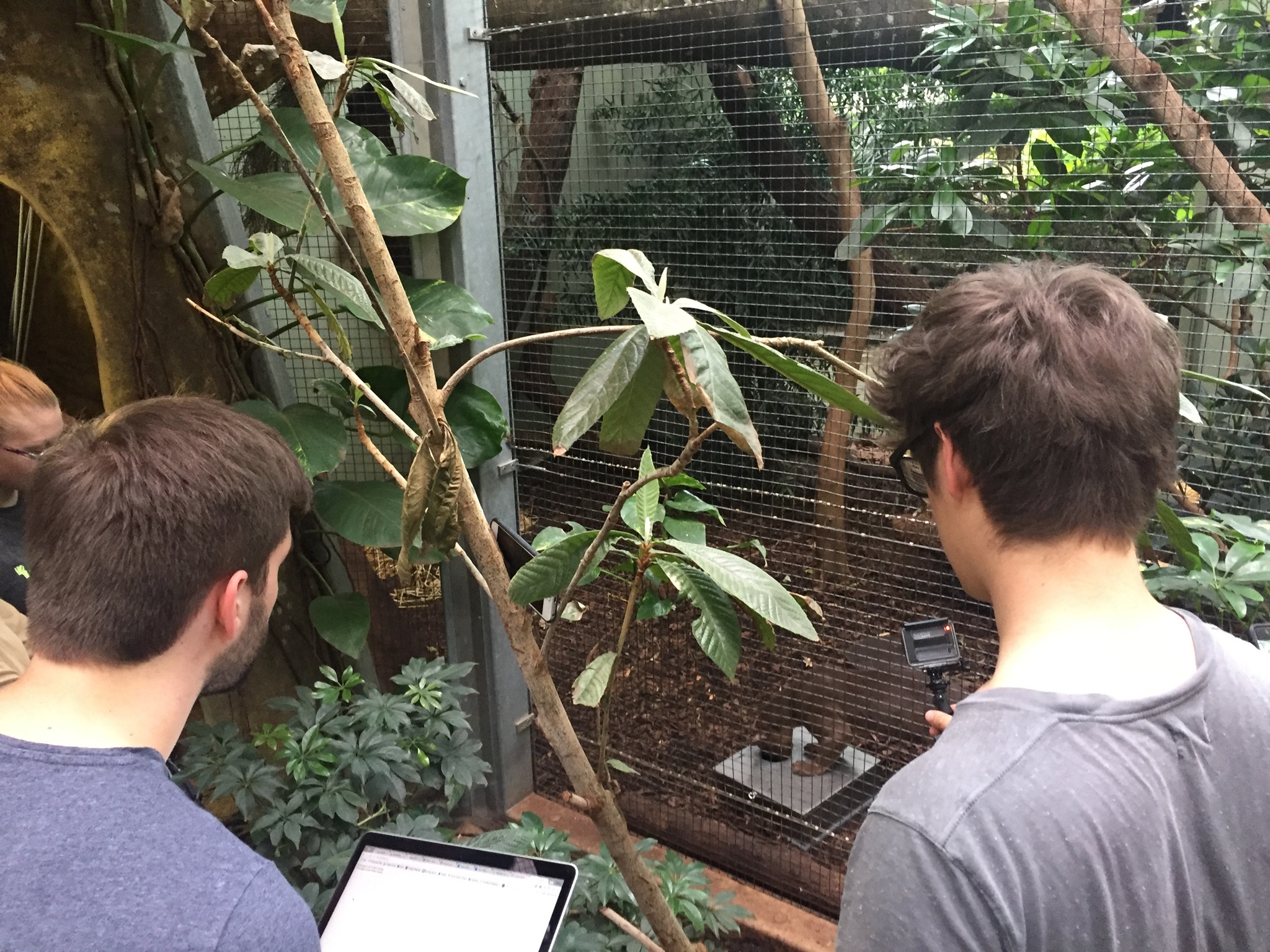 I see Design Thinking as an essential process. Most of the successful concepts I came up with were created using this attempt. Other small projects, where I just started to build, turned out to fail exactly because of that missing empathy towards a user.

When trying to tame wild fossa, software alone doesn't quite do the job. This is where hardware prototyping comes in handy. Connected microcontrollers such as the Arduino and ESP (32 or 8266), in combination with sensors, relays and motors enable rapid development of hardware prototypes. If necessary, these components can then be hidden inside of a metal or 3D printed enclosure. 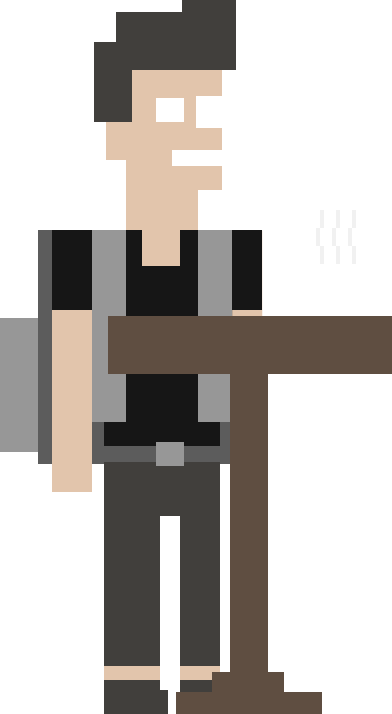 When I started working with vector graphics, I did literally all of my designs with Apple Keynote. Not only was it free, but it also featured all the tools I needed, to create simple graphics and logos. To this day I like working with Keynote. The design part, however, I replaced with a more professional and versatile solution called Sketch. With this tool, I created app mock-ups, logos (all of the custom logos on this site) and icons.

Over the last two years I've been working full time as a Unity developer at a Digital Agency based in Frankfurt. Together with my colleagues I've spend one year developing a VR bus simulator. This project is now part of Stadtwerke München's bus drivers education and actively used for training new drivers. Its also featuring a real cockpit with steering, peadals and buttons. Licensed by Mercedes Benz. Appart from this project I also worked on a IAA touch table for Hyundai, a web based AR advertisement for Maserati and an awesome exponat for the LEGO Hidden Side roadtour.

During my studies and my work at Monocular, I already worked with Unity on a frequent basis. Mainly on AR and VR projects. I always enjoy how easy it is to get the basics done in Unity and have something presentable, that you can later turn into a real project, without needing to change the environment. Another reason, why I love Unity is it's friendly programming community, that makes dealing with errors a less painful process, than it is with other Languages.

As much as I enjoy working with Unity, i wouldn't recommend it for regular app development. This is why I took an elective course at my university on app development with Swift. Since then I've developed many great apps and worked with frameworks such as ARKit, SwiftyJSON, ModelIO, MQTT and Alamofire. Some of them, I can't share due to NDA restrictions, but here are some you can have a look at:

An app I developed for a friend and me, before traveling to Japan. Since most translator-apps that translate to Japanese are useless (including Google Translate), I developed this app for us to be able to get relevant translations to Japanese (that we researched beforehand) and Emoji. Based on the locations nearby, the app automatically recommended typical phrases and questions. Because my friend didn't have an iPhone, I made him a very basic android-version of the app as well.

Actually, two apps. The regular demo app I developed with Unity and Vuforia. It's basically a blueprint version of what we develop for our customers. The IOT-Demo is a pretty unique project, that we showed during a pitch. A ESP micro-controller has a proximity sensor attached to it. As you move your hand above it, a 3D model in AR-kit is scaled (live). This setup required an MQTT broker (running in NodeJS, so I could do some filtering on the data) and MQTT libraries on the ESP and iOS side.

A project I did for a university elective course and which I'm planning to release in near future. It enables you to preview a 3D printable file (STL) in Augmented Reality (powered by ARKit). Features a cross-platform desktop app for uploading the file to the phone.

I'm familiar with Javascript as well. I mainly use it for quickly setting up Node.js backends for projects I'm working on. I've also been using Vue.js for the documentation website of my bachelors project. Due to the large community, problems are usually quickly solved and the work process is pretty straight forward. Current limitations for me are mainly performance (for AR/VR) and (when I'm working on a web-app) the need for backend architecture, which you wouldn't need with a native app. Also the lack of types often causes errors, you simply don't get with C# or Swift.

Mistakes happen. That's why I use git on every project that goes beyond being a tiny sketch. This website, for example, is being maintained inside of a private repository on GitHub. They even host it for free, so that's pretty nice. The same goes for my bachelor's thesis, which I shared with my professor from day one and all of my projects at work.


What I'm looking for

I like to get things started! The moment between taking a post it and writing down the first idea, that comes to my mind: This is what I like to feel. This can be archived, especially in the early development and concepting phase of a project. During this process, I try to get from an idea to a prototype as fast as possible, to quickly earn feedback on the quality of the initial idea. In the later development phases of a project, when most of the conceptual work is done, my focus lies mostly on establishing a solid code base. As beautiful the initial prototype might look like, using it the way it is, might be very dangerous. So taking time to start over or at least doing a clean up is something, I always fight for. I'm also a team player and its really important to me, to exchange ideas and problems with colleagues in order to work efficiently.

By this means, I see myself as both: A creative person to get things started AND somebody who's eager and qualified to turn first results into a full project. And as a requirement for a job, I set for myself to be able and encouraged to do both of these things.

I know why you're here

And if this description of me caught your interest, why not make the next move and message me?