I'm currently working on my bachelors degree in Interactive Media Design. Over the last three years my professors at h_da university of applied sciences taught me to design, program and do management tasks in the context of real projects. With a team of between two and five students, every semester, we were tasked to look for a user group, analyse their problems and come up with an interactive solution that had to feature a key technology. These were for example IOT (the Internet of Things), simulations and mobility.

PaceBreaker is an ambient intelligent solution for preventing stereotypical behavior of animals in zoos and wild parks. Created as a university project (at h_da) in close collaboration with Zoo Frankfurt, the IOT inspired solution has already proven its effectiveness: In numerous tests at Zoo Frankfurt, my team and I created so called "feeding sessions" - random automatic feedings - that we used to break with the usual feeding times. Since these are the main cause of stereotypical pacing, we already noticed changes happening in the enclosure. In our concept we also described a way of how this effect could be quantified. Using a camera with our motion capturing script, it is possible for us to keep track of where and how often pacing occurs and compare the results after using our system with the results from before. 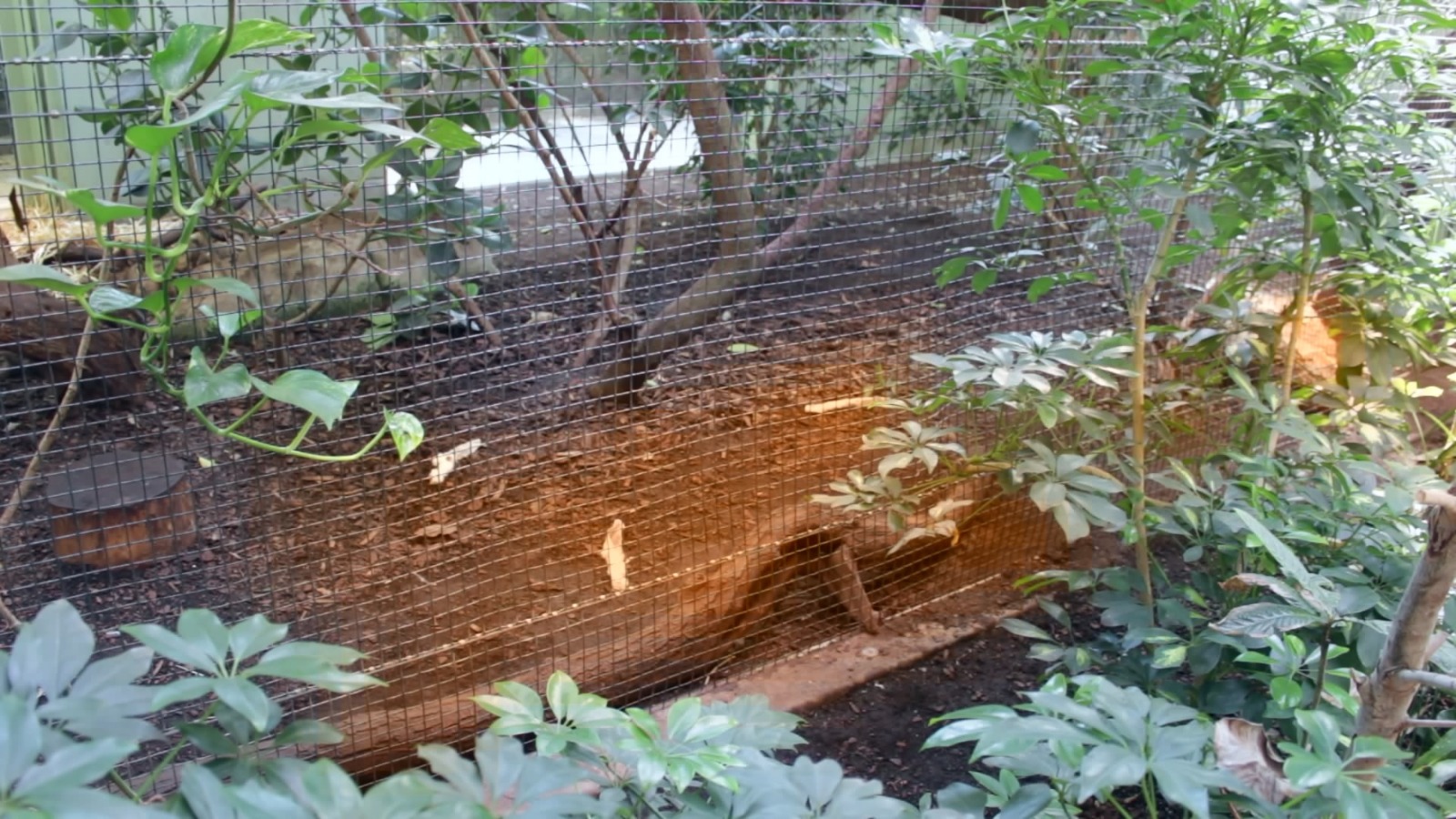 Automatical analysis of movement resulting in a heatmap 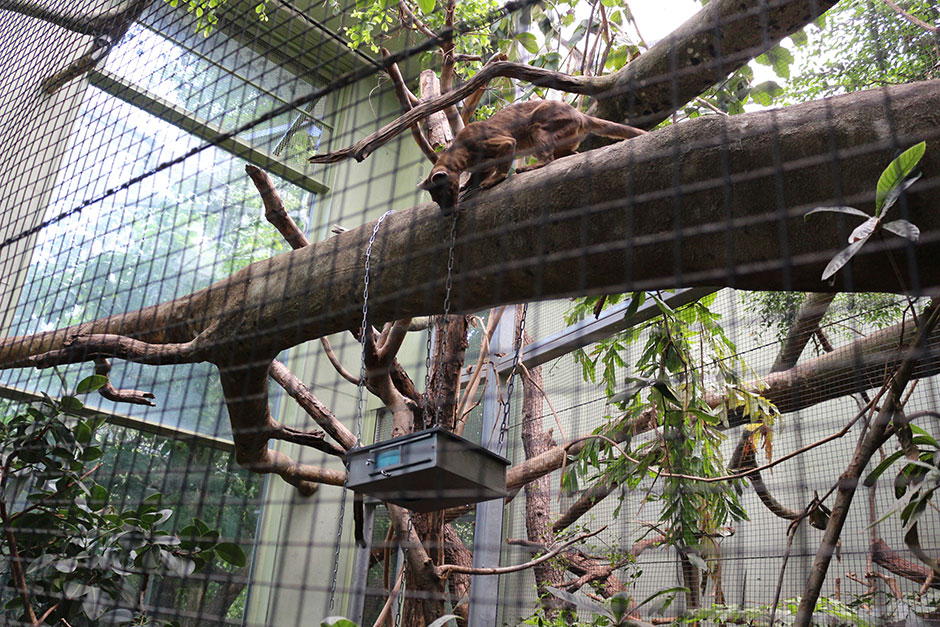 The feeder marks the end of the chase. Until it dispenses the meat, the animal first needs to follow the sound of the prey along the many sound stations (below). 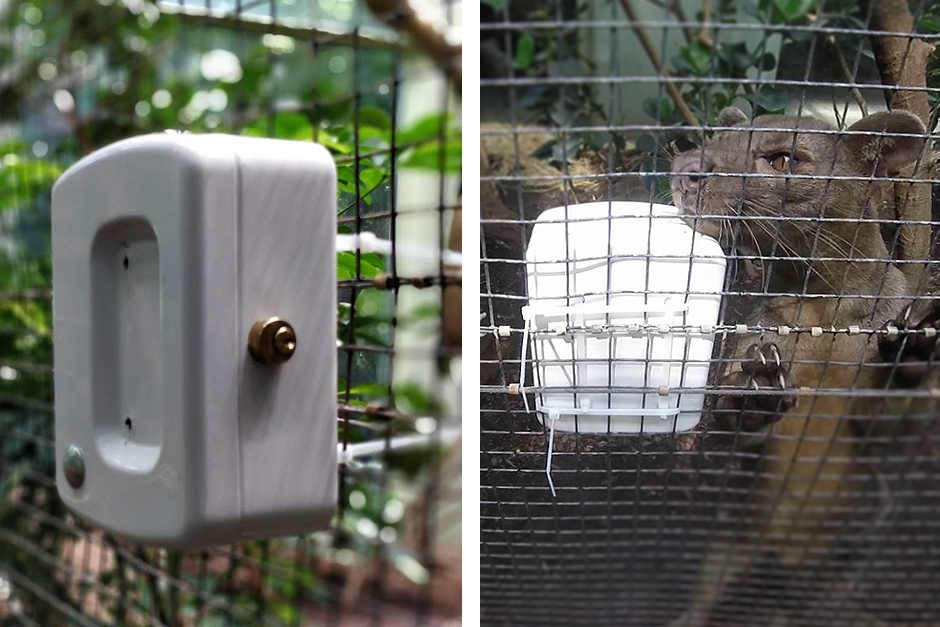 As the predator moves towards the sound station, a UV light sensor triggers and the sound moves to the next station. 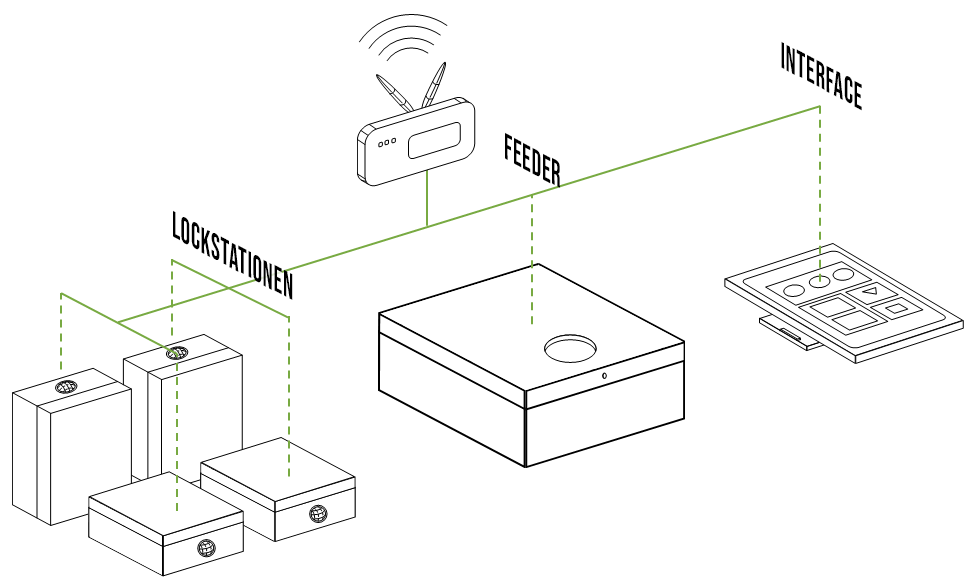 A big part in the realisation of PaceBreaker was the establishment of an IOT infrastructure - powerful and robust enough to reliably work inside an animal enclosure. Apart from taking part in the overall design and management tasks, I put my focus on setting up a backend. Its purpose was to orchestrate the inputs of the user, the IR sensors of the sound stations, the sound outputs of the sound stations and the turning of the feeder wheel.

In our design process and testing, we figured that it would be necessary, to keep maintenance times (for starting the hunting sessions) as low as possible. This required me to develop an algorithm that randomly generates feeding times (based on the user's preferences) and a server to run them automatically. Of course, this also brought up some unexpected challenges. For example: We had to make the user input the current time during startup, because inside the Zoo there was no internet connection, our Raspberry-Pi Server could get the time from. 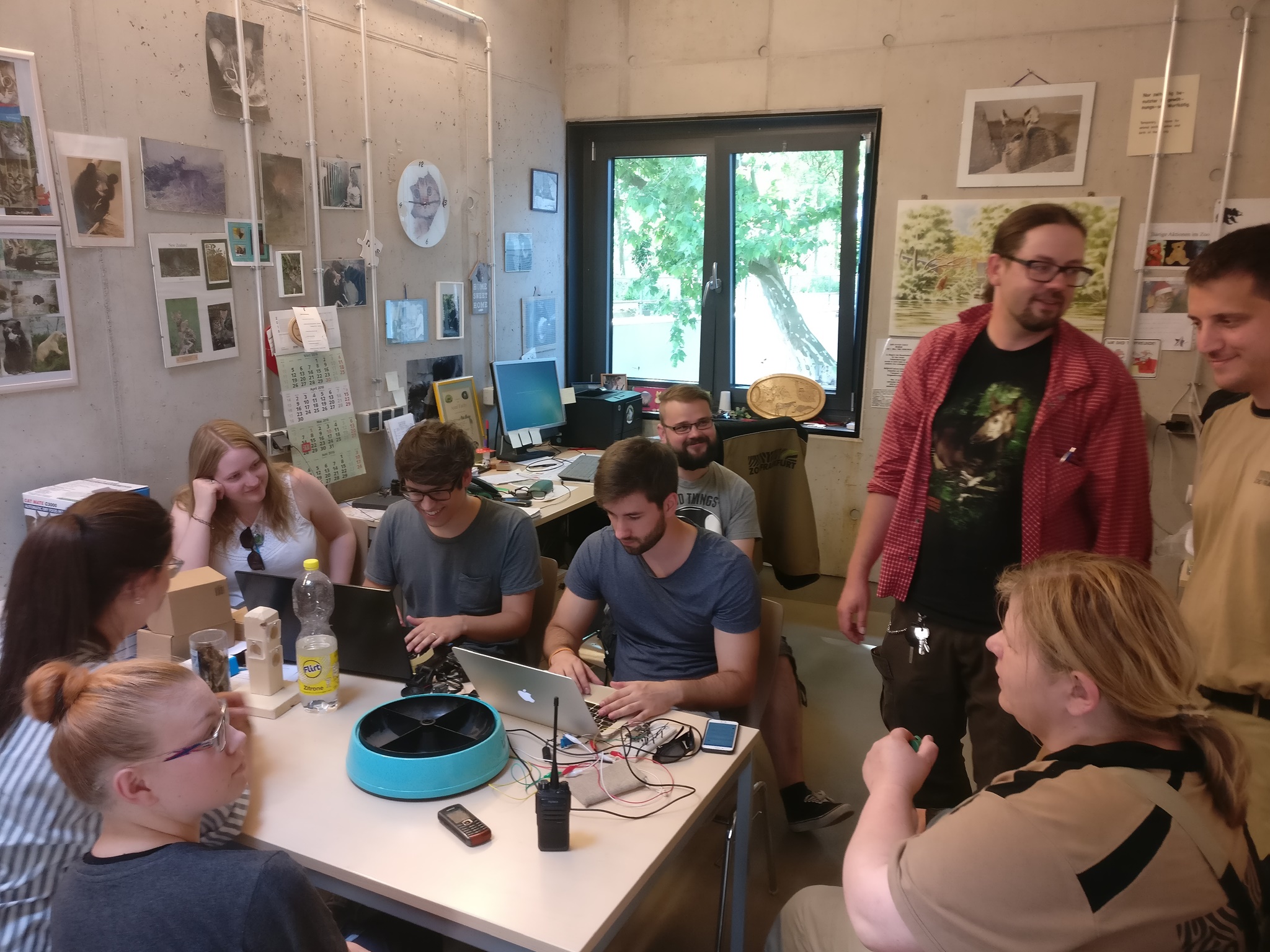 Making changes on the fly. Electrical cables for aesthetics. 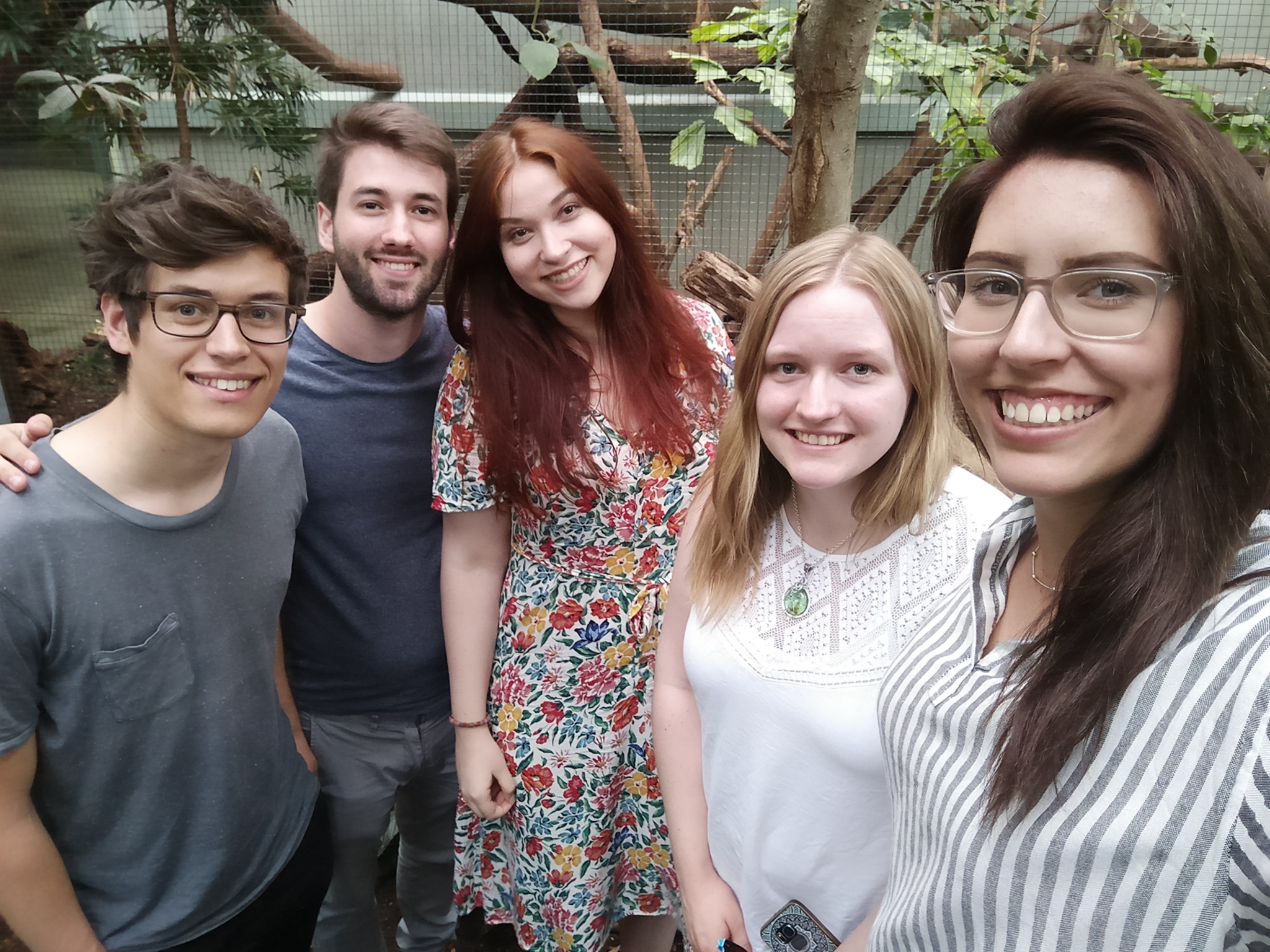 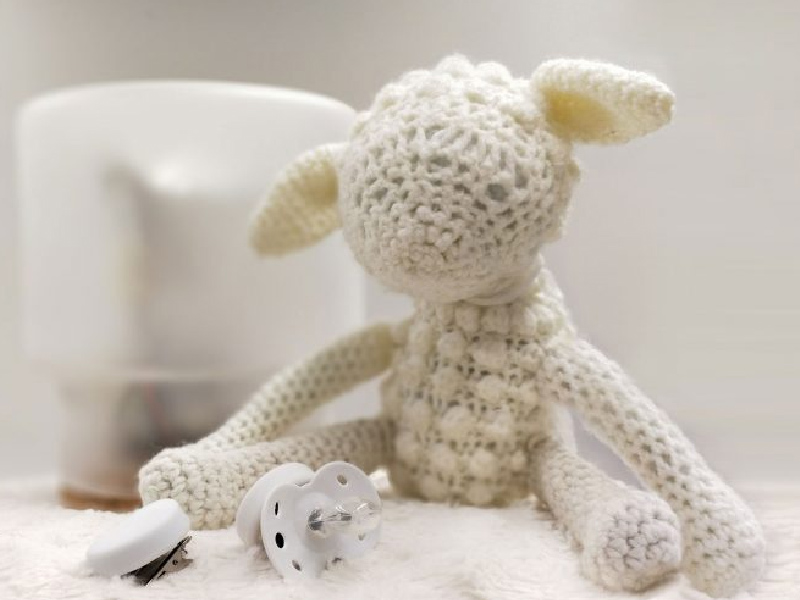 THE NIGHT SLEEP PARENTS DREAM OF

SheepWell is an IOT solution for young parents, that helps understand why their baby wakes up at night, before it wakes up. It can also automatically restart the sleep ritual and make the child sleep again all by itself.
Learn more! 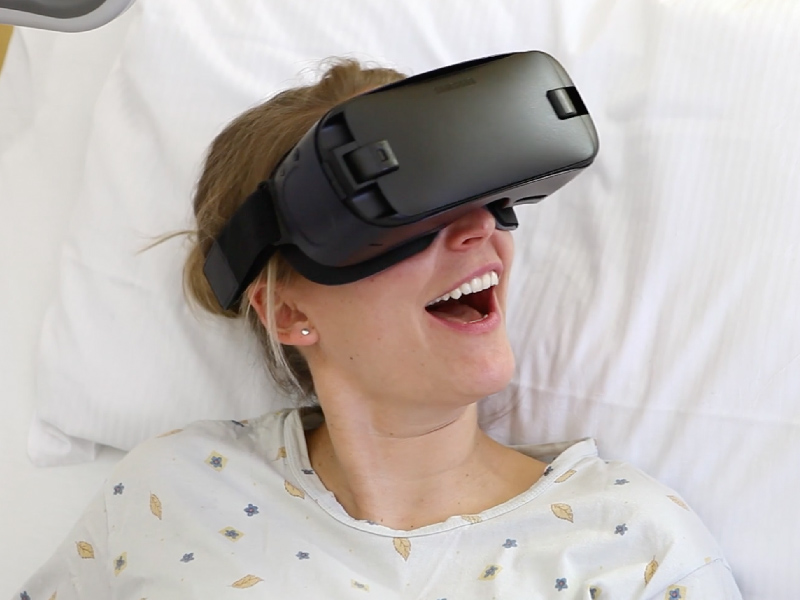 Hospitalism doesn't only affect animals. During long stays in hospitals and recovery centers, patients often show symptoms of depression and loneliness. Introducing Alive: A mental mobility solution that uses as VR Livestream (and camera solution) to take patients back home to their families. Carried around on the shoulder of a relative, the patient can feel just as if he was standing next to them.
Learn more!